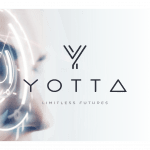 The digital economy allows for other business models than the traditional one where consumers buy a product and ownership of the product is exchanged in return for payment. The four most common business models in the digital world are: